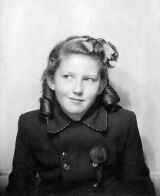 I was accidentally born in Somerset; five months after my parents had closed the door of their terraced cottage in Bow, East London leaving it and most of their belongings to escape the doodlebug raids at the end of the war.

We remained in Minehead (I never knew why they chose that town and never will now) until my father thought it safe to return home which we did during an air raid in the late Spring of 1945.

I grew up in a London pitted with bomb sites and like most children used them as playgrounds. I was aware of the flowering of these wastelands as they supplied one of the few splashes of colour in a black and white 1950’s world but had no idea of their significance. Without knowing, I played on the classic urban habitat.

Today most of these habitats have been built upon and our green space continues to disappear at an alarming rate. There has, however, been a fight back with groups and individuals taking over bits of waste land too small for the developers to bother about and turning them into gardens. These green oases cheers up the environment, encourage wildlife and lift peoples' spirits when they see them.

Happily, this gives me lots of opportunities for photography right here on my doorstep!
Next
Previous